Due to the rather poor turnout at the club nights that have been run at the Golf club in Rhuddlan, we've decided to rehash things slightly for 2010, and see how it goes. So, as of January the winter club nights will be held in the Castle Inn in Rhuddlan. There's no dress code (unless you really want to wear a dress that is

), the bar will be open, and there is plenty of room for everyone.

As we didn't really have a christmas do, we have also arranged for some food to be laid on. We have a choice of Chilli con Carne, Chicken Korma, or plain old sandwiches. All I need to know is if you are planning on coming, and what you would like to eat. I know a few people don't read the forum very often, so if you can pass the message on to those who don't it would be appreicated.

We could do with knowing approximate numbers as soon as possible really, so if you are planning on coming, could you let me know, along w what you would prefer toeat. Likewise, if you can get any members who don't read the forum to le one of the committee know, that would be grand!

We are still awaiting confirmation, but the February club night should feature Hobby Corner's mobile shop, so keep your eyes peeled, and some money saved, for when we confirm that

Mum says maby, as this is a good opertunity to hand my money and form to rich, Will I be ok by myself or will my mum/dad/grandad have to come?
Im sure my grandad would like to come!
Dont put any of this down yet because I have confirmed NONE of it yet!

To late Sam it's all down in witing, I going to call the Police if it's not true, you will have to be accompanied by your Parents or Guardian.

"give me the money" luvly money

count me in i cant wait

Mine will be a chicken Korma please
Where do we park?

PDQ wrote:Mine will be a chicken Korma please
Where do we park? 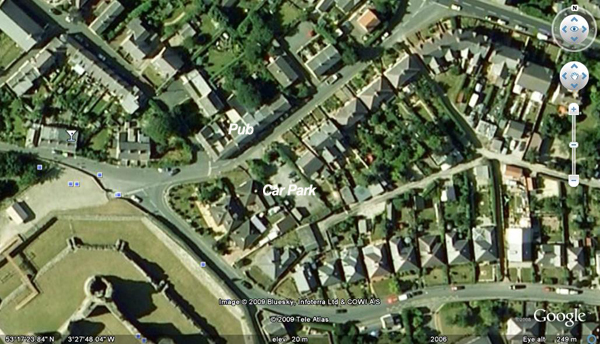 Well after a chat with My taid, he is willing to take me if its 'Suitable'' for a 14yr old, So what is actualy going to happen there? Is it just a get together where people are going to just sing and drink, or is it going to be club related at all?
If it is just going to the pub for a drink then I WILL NOT be allowed, but if it is club related then I WILL

Sooooooo what is it like?
Also would it be possible for someone to PM me there Phone No. so my taid can give you a call just to confirm its a 'club orientated' meeting, If you are on the phone with him, please please please try to make it sound as club orientated as possibe so I can come!

Will it me a ''NO FLY ZONE'' at the meeting, or will it be possible to bring out the vapors?
-
Thanks
-
Sam

sam unfortunatley its not big enough to fly and if you land in my curry i will eat your vapor.

on the other hand since its a private function/meal and your parent/gaurdian is in attendance i cant see any problem with you attending, and if there is il bring a marker pen and we can draw you a tash and burns.

oh and paul iv been in quite a few times its a nice cosy pub with a big friendly marmalade moggy, no arsey dress code and a toasty fireplace. So we thought it would be a far more inviting prospect for the membership

oh and i remember they had a couple of real ales on tap too, for those who cant stomach mc lager not sure if they still do tho

Thanks Bri and Leigh
I'll even bring my CRB certificate
So you're all safe.
But whose going to protect me?

Ok, take us off the list, My taid said that there was no point in me going to this meeting but maby next month with the hobby corner and stuff

Sorry not able to to Thursdays

Count me in. Chicken Korma please.

Yep, C Korma for me too please

I'll go for the sandwich option, as long as they're not turkey

Is the Korma free range

no Bri its probly kept in a pan

Count me in. Chicken Korma please.

Roy were only joking it's not really free. "NOT TO YOU ANYWAY" it is for everybody else

Brian Colclough wrote:There is a car park directly opposite the pub Paul here's a piccy from Google Earth just to prove it all within staggering distance of home for me

I don't know Rhuddlan well and had used "rhuddlan castle inn" to get a similar map. That showed the pub labelled "castle inn" directly opposite the castle visitors centre. (the building extreme left on your picture). So without your map I never would have found it. 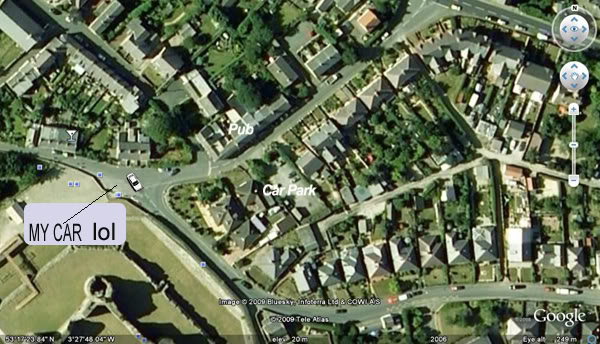 Tim
Nah can't believe it. Your car isn't still there in broad daylight ?
I missed all the adventures you were having with your car on the night. At the end, I just walked back up Parliament Street to the public car park. Anyway, everyone enjoyed the night and no permanent harm done.