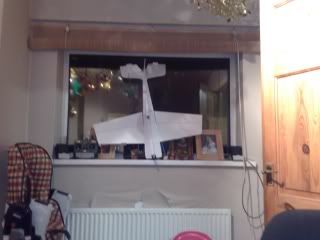 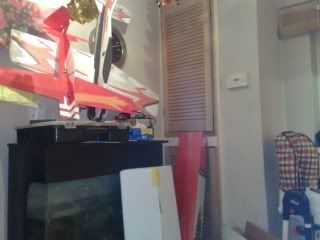 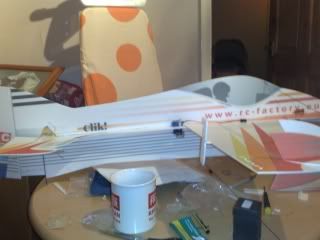 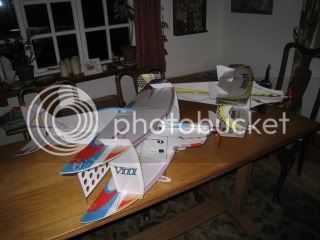 Bear in mind there are another 2 complete models in the garage and one at Leighs, Im really up for this and im hopping thigs go well but you never know and im up against some of the very best in the UK and Europe,

Think of it as Imac indoor and your somwere near, Im entered in the lowest class F3P-C and im fairly confident (famous last words) and in whats known as AM (aero musical) which im not at all confedent in, this is where you have 2 mins to "freestyle" to music (I forsee a big bin bag needed)

Heres a vid of the kind of thing expected in AM

Good luck Mark keep it off the walls mate

May the force be with you!

That Aeromusical looks like a right laugh! I should imagine the trick is to choose the right sort of music. What have you chosen, anything we know? A bit of Celine Dion perhaps? What about the Vengaboys?

crazey light but well worth it once there flying

Blimey, you must be planning some proper stick banging action with those tunes! I wish I could make it across to see the event now, alas I have an appointment with a rather large hill and lots of mud!

It may have to be ad libbed a bit on the day dependent on how times running.

Well what can I say, It turns out that all the prep in the world cant make up of a distinct lack of tallent.

Some of the flying on display was trully stunning, the precition in the shedule flights was top draw and the AM was trully spectaular and I had to realise im just not in even playing the same game nevermind in the same ballpark,

If the truth be known I had abit of a nightmare, I could go into reasons blaming this and that but the end of the day I could have/ should have done alot better, had a problem at the start of my first flight of the day (and first problem of the whole comp) and my head went simple as, and i never really recovered.

At least you had a go and did not sit around pontificating.Well done

Well done Mark, it's the taking part that counts mate, IMAC next we'll all have to get practicing May soon comes around

Star of the show Claes Miejer over from Sweeden, heres a 2 min vid of his secound AM round I had the huge pleasure of flying both rounds straight after Claes and as you will see it was quite some act to follow, Claes was a trully nice guy and a born entertainer I had the pleasure of sharing the resurve flightline with him at the start of the day a he can certenly fly

Like previous posts it's the taking part & doing what you belive to be your best that matters, well done, you have also benifited from entering your first serious comp the next one will be a lot easier, all we need now is the rest of the story!

Model of the event has to be this from Claus 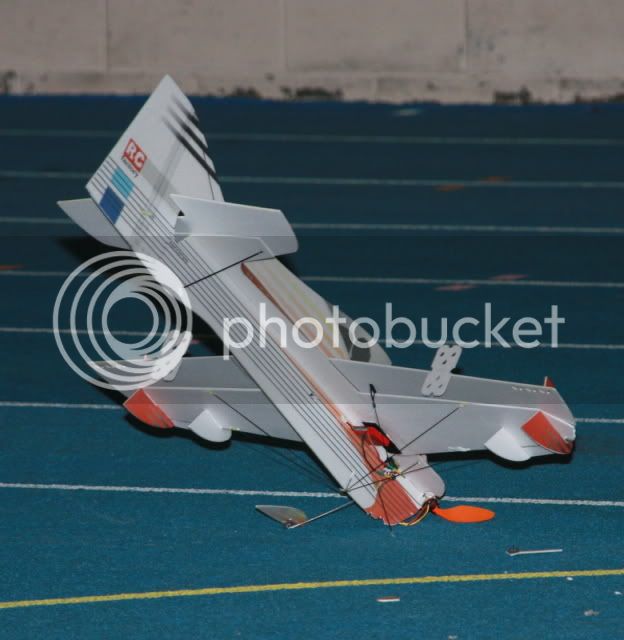 The winning F3P AM flight from my good mate Ollie Witt, if you go to the shows Ollie is the lad that flys that supidly fast 200mph+ voodoo electric pylon racer

Flying a plane that I built so tecnicly I won lol

Well done Mark. The experience must be worth it's weight in gold. I'm sure it won't be long before your standing on the podium. You'll give Richie and Brian a run for their money at IMAC