looking forward to this

Roll on the morning

See you all there.

And shock the weather looks great

What a great day and turn out, Some loverley gliders on show and a guest tug pilot (thank god), everone seemed to enjoy the day and those that I spoke to thanked the "club" for a great day

Big Dave once again played Chef and great credit to him, Leighs got my cam with some pics and Alex Witticar poped in and snapped away (i`ll get some of his and look out for a write up soon

Some photos off the box brownie 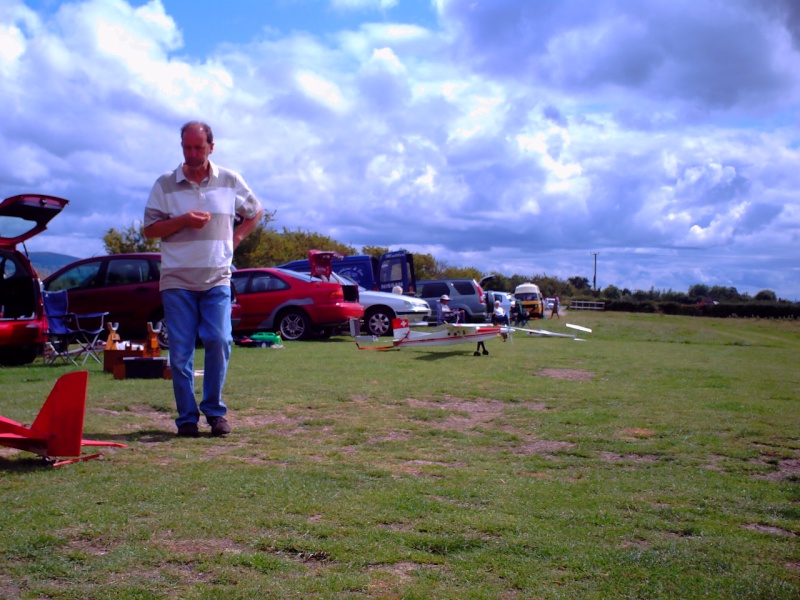 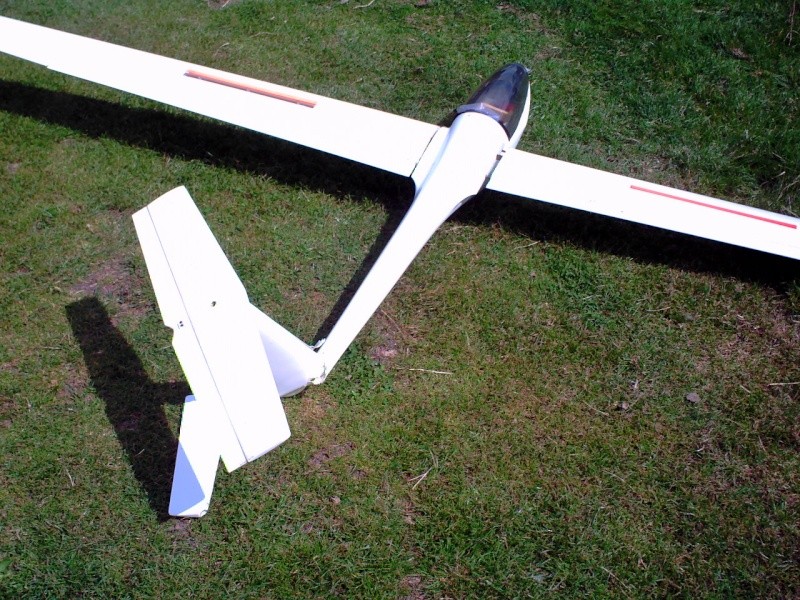 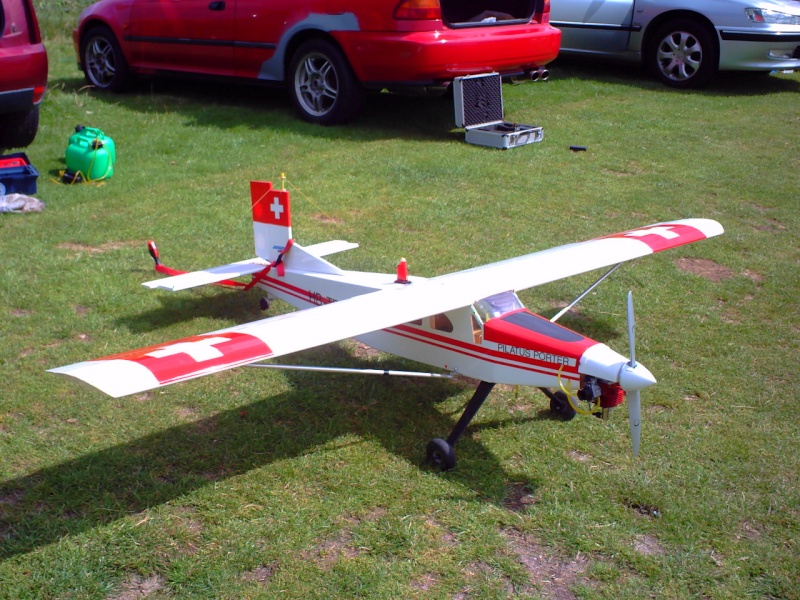 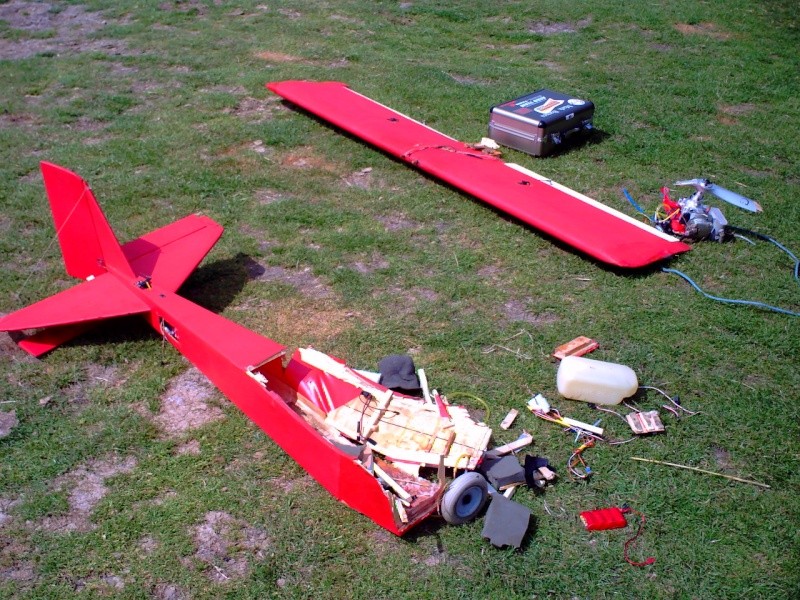 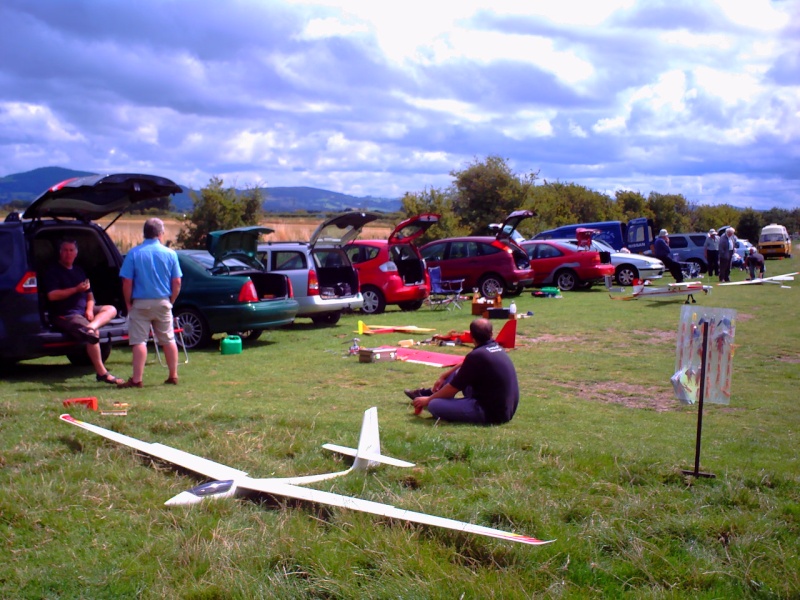 there was some flying as well

Yes despite the carnage it was a good day, and Dave the grub was smashing.

At last R&DMFC were rewarded with some reasonable weather

for an event. As has been previously mentioned there was a fair amount of carnage

the vast majority being unexplaned. Marks tug being the first casualty on it's first flight (none tugging) of the day on a pass across the field it suddenly pitched it's nose down to 30 degrees and decided to make a start ploughing the field next door now having been cleared of it's crop. Luckily we had another visiting tug turn up which eased the workload on Richie's Wilga. We had The Alex Whittaker in attendance taking piccies so hopefully some will be appearing in a Magazine near you in the not too distant future.
Despite the said carnage I think all went home having enjoyed a good day at the field we had visitors from Stoke on Trent the West Midlands and the Manchester area and all who wished were kept well fed by our local gastronome Dave Sargent who during a lull in proceedings came up with a new way of making carbon props from reclaimed beefburgers

Though I only could stay for a brief visit it was good to see people really enjoying themselves.A good atmosphere all round,including the weather.

What a great day, and asa Brian said the weather cooperated for a change 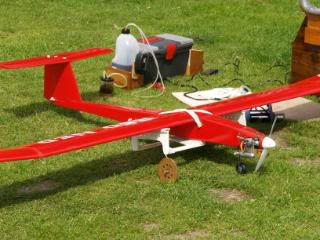 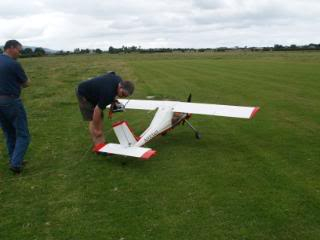 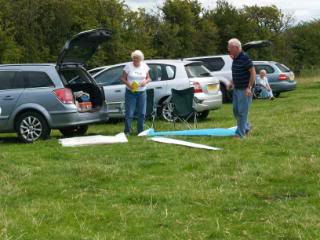 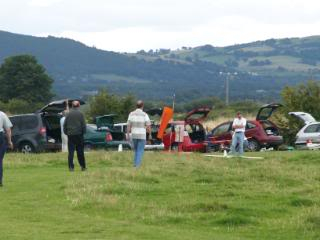 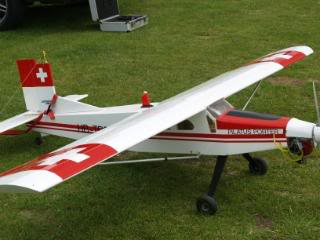 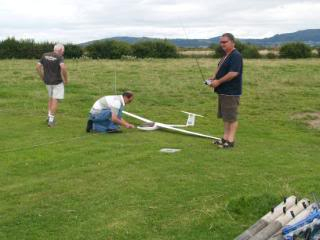 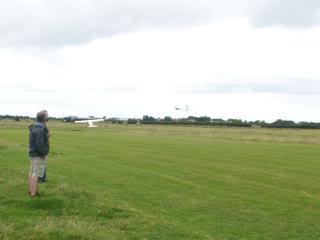 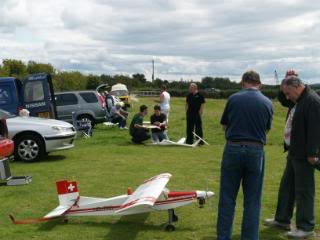 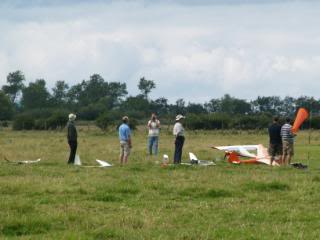 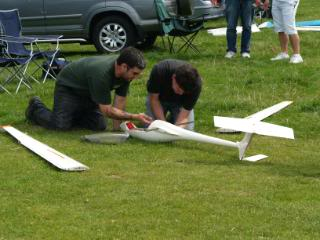 & not a fire in sight

yup some odd stuff affecting both 35 and 2.4 flyers. the old tin sheds revenge