Right well I just thought I'd share a little build tip that I've been doing for quite a while now.
When setting up the head on a new machine,or on a rebuilt one a lot of people measure the blade angle and adjust to get zero degrees,then go around to the other side and do the same.
Example. 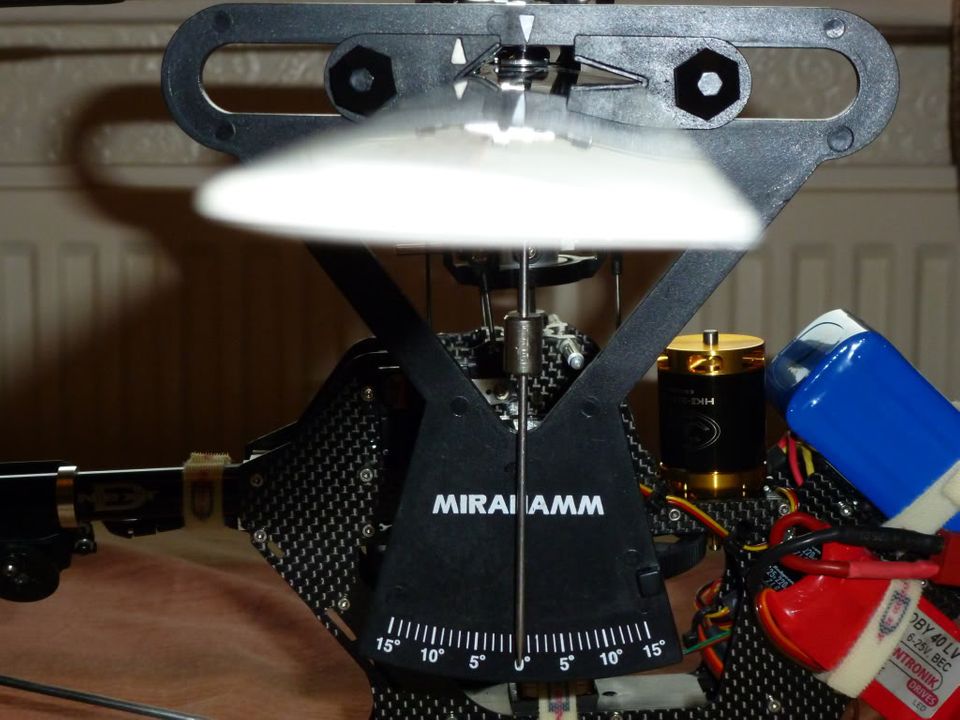 What I've been doing is to measure it like normal,but once the first blade is at zero,instead of going round the other side rotate the head bringing the other blade round to you,so you're measuring it on the same side.
On my last 11 or 12 builds I've done it this way and I've never had to track any of them.

I know it's not too exciting and many people may have figured this out already,but I just thought I'd share for anyone new to setting up heli's.

Are you coming to the club meeting Danny .