Well hard it was,

Ali Mashinchy was competing for the first time in both F3D and F5D, by the end of day one he had flown 8 times, blown up a engine broken 2 props and only got one time on the board, like him or not Ali is one of the best fliers in the county and has shown his flying skill across the world and he was really struggling.

At the other end of the board were the pro's (some only flying into Heathrow airport Saturday morning after spending a week competeing at the worlds, and leaving again today for a comp in the south of France

Now Andy Jibe is hard to see/follow yeah? well how about alot faster and 2 somtimes 3 rasing round within inches of a pylon at 200 odd mph, and ive got to deside if they cut the corner or not, with literaly tenth's of a secound betwen race times cutting the corner adds 10% to your time so me getting a call wrong could make or brake a title challage. All this while sat in the bitterly cold somtimes 30mph wind, easy weekend? yeah right
_________________
2 Time Electric Indoor Masters Freestyle Champion, Seems an awful long time ago now.

With the rubbish weather the awsome Nats freeflight was a non event so after a pukka BBQ with the pylon boys it was back to a very busy hanger for some evening fun.

Sunday was an early start with the first heat off the line at 8am. Ali found his feet and got some times in but F5D was owened by Oli Witt. In F3D Paul Bardoe was in blistering form dominating the day meaning he only had to sign in on Monday to claim his 4th Brithish Tilte. This included an unofical british record of 57.2 sec for 10 laps, (Unoficial due to the timing computer getting wet, so Charlotte and Ash had the horible job of using the stop watch)

The conditions were awfull on Sunday with most of the lines cancelling flying with rain and winds of upto 40mph, but these pylon lads are hard!, Lots off engine retuning to optimise the tempretures, and F5D the upwind legs were killing the set-ups causing many to hit the limiter before 10 laps were in the bag so some manic "re pitching" was going on

Sunday night is always a good un in the hanger, and this was no different, maybe slighly better as the weather runind all bar a few night flights. If like like distruction try 10+ foam models in the air at once!

Monday was a slighly better day and with 2 heats to deside each class the racers had there game faces on!,

Oli was also on it in F5D, with the title wraped up he was going for the British Record of 56.8 sadly he pushed to hard and cut 2 pylons giving him a 200. but the disapoint was soon lost when on the top of the podium. The last two places on the podium were all to play for, Jet lag had cought up with a couple of the worlds team with some going home and others just abit off colour this gave way to a couple of amasingly close races, leaving Duncan just loosing out to Captin 200 Ali Mac who came from nowere to claim secound.

To some up, dispite the awfull weather i had a cracking weekend making some new friends and catching up with some old, I arived home at around 6pm Monday full of admeration for the tecnical side of pylon i just didnt know existed, and the people involed dispite battling for a british title they were all out helping each other and offering advise to there competeters (one even lent Duncan a complete wing for his racer after Duncs was blown off the table in the wind breaking the spare), 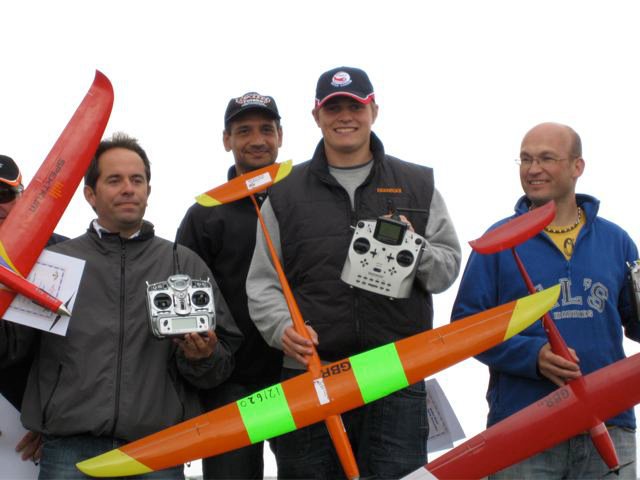 Nice to have you all back. Been very quite on here

In fairness i think even you Rich were suprised at what gose into it, yeah? and thanks for your help/pies,

It wasn't a dig, it has been quite and its good to see/hear about the goings on at the Nats. I bet you enjoyed it more than I did replacing car radiators, discs and pads