Mark lying 5th at the moment had a change of prop due to lack of power should improve after next few rounds
_________________
The best pilots are the ones that practice most!

Still 5th in class done the freestyle round 1 currently 1st

Not long home, sorry for the lack of updates today bloody phone died.

Full report to come, but safe to say it wasnt a bad day 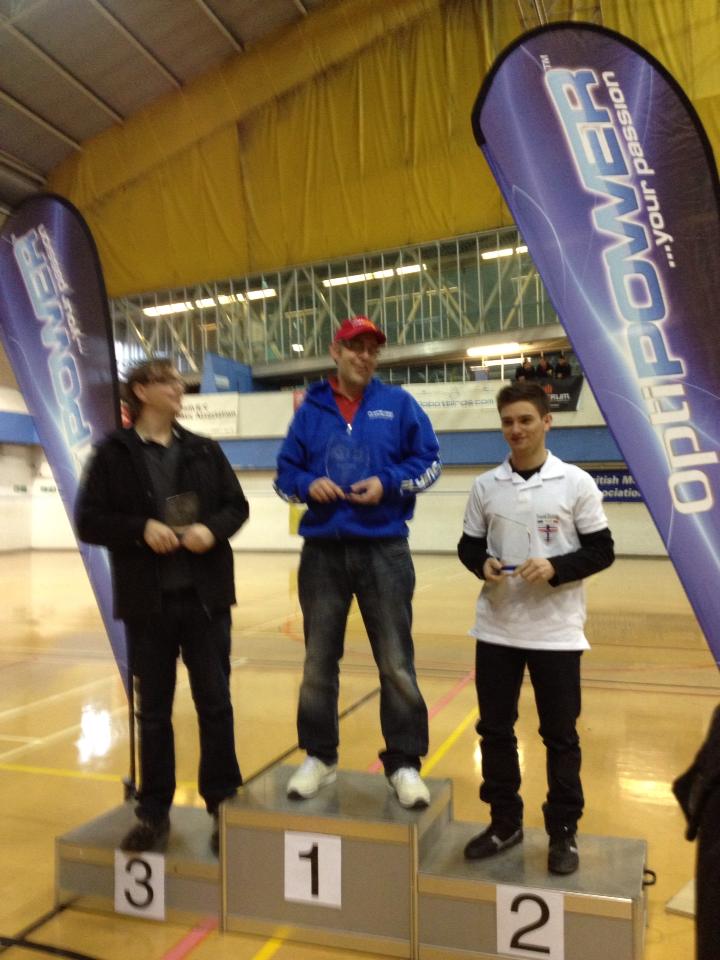 Some pics from yesterday one of the guys has posted up

Very well done does that mean you retained your freestyle for the second year
_________________
The best pilots are the ones that practice most!

Nice one Mark and well done.

Yep I managed to retain my Freestyle title this time joined on the podium by Nando te Riele from Holland (he won aero musical with 2 stunning flights) and David Duval From France who was also epic in his flying.

Aero musical I didn't fly and Im glad as some of the flying was out of this world, As said Nando won this with 2 stunning flights, I was really pleased for him as I thought he was unlucky not to win in 2011. David Duval and Derk Van Der Vetch joined him on the podium

Schedules, once again for the 5th year in a row I had a mare, Round one no power on up lines, put it down to a dud lipo, Round 2 no power again so not lipos, Changed prop in round 3 for more pitch and was like a rocket so it was prop.

Spent a few rounds playing with curves to tame it, Hybrid Hybrid was flying really well but one thing I had not counted on was just how hard it would be to see, every up line at the far end of the hall it just disappeared, so one or two marks dropped here and there in a really tight class showed. after having to carry through a bad round from Saturday I ended up 7th in class or Dead last if you prefer lol

Best Demos, Derks 6min AM is always good but this year Steven Gerrard stole the show with his 450 size heli, Thunder Tiger Titan FBL. stunning in a hall with a BMFA breathing down his neck. Only filmed him Saturday early doors but by his last on Sunday he got to grips with the space availible and stunned the very busy crowed with some very aggressive but Controlled 3D flying to music.

All in all a great weekend, good laugh with the uk boys and the foreign guys.

Thanks To:
Flying Dog RC (Motors and Rams and props)
Gary Holland (for the awsome paint job on the Sprideram)
and the rest of the Southern Softies for putting up with me and helping me all year)
Optipower (Lipos)
PB Models (banter)
Rich Bads (foam and Carbon)
Jem (Ram on Tuesday)
Dad (Glue)

and anyone I may have forgotten that's helped me this year in the indoor.

Lots of pics and vids to come over the next few days.

Bloody hell a blast from the past, you OK Ben

Hey it's the stubz, where you been duck?