Just been told the guys did well

Bri Secound in Sportsmans and Rich 2nd in Intermedeate

Congratulations to both of you. A great result

Thanks for the "well dones" guys. As usual with the IMAC comps it was a weekend of pleasurable mental torture. The site was at Steve Hollands farm near Tetbury in Gloucestershire, what a flying site to have at your backdoor, it's a beautiful area on the edge of the Cotswolds and surrounded by royal estates indeed we had some of the Royals playing in a polo tournament two fields to the left of our flightline on both days.
There was a good entry it being the first comp of the year, there was a good smattering of new faces as well as the established brigade. The judge elect for Saturday was unable to attend due to unforseen circumstances so pilots judged for classes they were not flying in and we flew three rounds of our respective known sequences but no unknown (sigh of relief) and for those who entered a round of the optional freestyle. The weather was good both days but chilly to say the least, Saturday the wind was straight down the strip from the right but Sunday dawned with the wind slightly "cross strip" from behind which meant for a lot more hard work (rudder) flying the schedules. We had a full judging compliment for Sunday and first thing in the morning were presented with our "unknowns" for the day, so we were to fly two more knowns in the morning and the unknowns after lunch.
All this leads to a very hectic morning of flying calling and then converting the unknowns from Aresti diagrams into notes for calling at the flightline. Then we play with our little stick planes till we "think" we've got the unknowns in our heads and then it's go fly it as best you can

All good fun when you look back on it but at the time has you fearing for your sanity.
As has been said back up the thread both Rich and I finished second in our respective classes, Rich doing particularly well as he's now flying in the more difficult Intermediate class this year and flying a more advanced schedule than me, plus he's not found the time for as much practice as myself, his unknown was a real mindbender, I had trouble calling it for him let alone flying it. I should be able to post a couple of pics later but at the moment my card readers at a show with my son so I can't get the piccies out of the camera.

All we've got to do now is get more practice in and get ready for round two in Northern Ireland in three weeks time, roll on

P.S. Thanks to Bob G for the "Good Luck"text he sent us on Saturday

Great to hear youre reaping the rewards for your endeavours, keep up the good work!

Thanks for all the support in allowing us to use the Rhyl & District Model Flying Club as our base for practicing the IMAC, you'd be suprised how many peple ask what club your from when at these events, I have to admit it's nice to say I'm fly at RDMFC.

A big congratulations to both of you, it's good to see the club name being campaigned around the country

Congatulations and a very well done to both of you guys.
Beer is on you next time then ?

Regards to all
Zaidy 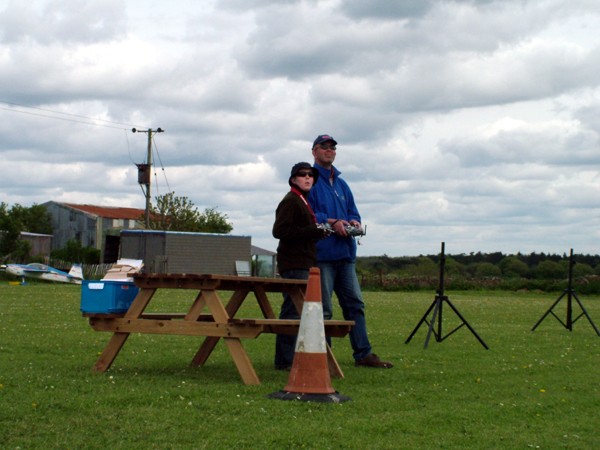 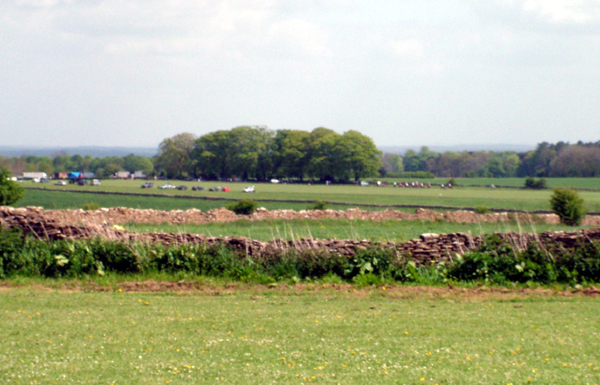 A couple of images from the weekend, first one is of Steve Holland giving young George Rymell the eventual winner of Basic a go on a 50cc petrol Cap 232 during Sunday's lunch break and the second is a view over Steve's wall of the Royals playing polo in the distance, very out of focus. 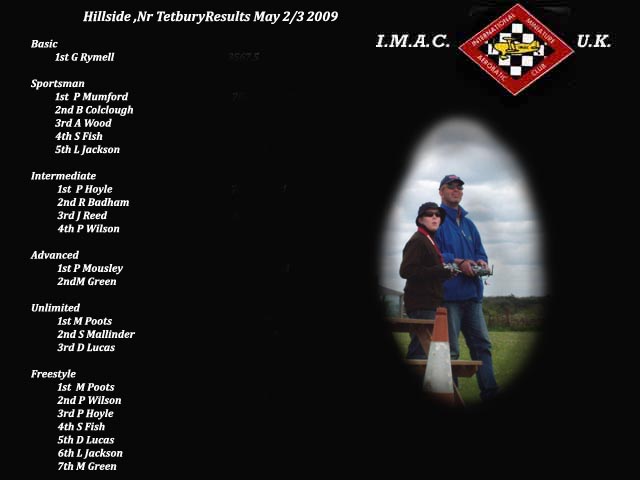 Results from the weekend

It sounds like a right nightmare managing all those unknown manouevres mixed in with set routines, congratulations to the pair of you for doing so well!

I'm hoping for some better weather for when IMAC comes to RDMFC now, I'm looking forward to seeing some class pilots in action

Can anyone enter an IMAC competition, or do you have to sign up for the year?

P.S. Anyone intending competing must have a "B"