Anyone ever made their own NIMH flight packs? I'm tempted to have a go at making an odd shaped one to fit in a tight bay. I have a new pack of 2600mah, 1.2v rechargeables in a drawer!
Just wondered if anyone has ever given it a crack! 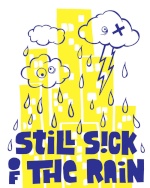 Dead easy, just need a good hot soldering iron to get the heat quickly so not to heat the cells too much.

Component shop will make a pack to your spec if you contact them.

Cheap as chips as well.

It is pretty easy with a beefy soldering iron. The trick is to have as big an iron as possible to get the heat in quickly as Rich says. If you take ages making the joint, especially at the positive end of the cell, the internal vent can be damaged (which means you have a mighty good bomb on your hands if the cell ever gets over charged!)

I always found the best way to solder them, is to tin the ends of the cell first (use good flux, and abrade the cell ends with a wire wheel ina dremel first), and then apply the pre-tinned interconnect second.

Oh, and desoldering braid is good for making cell internconnects

Oh, and ready made packs are much less hassle

whatever you do beware nimh packs need looking after and can false peak as other members will hopefully agree.

What flight packs are people using now then? NIMH are what we used to use back in the day!

Last time we saw you fly NiCd's were in their infancy.

Some gliders are NiCd/NmHi (especially the combat stuff), some Lipo with SBec

All my large scale aerobatic planes use LiPo for servo power, purely for the capacity available in comparison to weight. Either Lion/NmHi for ignition

Not gone down the route of A123 yet as I have seen these packs fall in voltage rapidly when they reach their critical voltage.

Advantages are they can be recharged in next to no time with high "C" charge ratings.

You do tend to see the guys using A123 charging an a lot more than other battery types.

HERE
Or Google A123 cells