I Got it set in my head to try out FBL, but also decided I wanted A DFC head. This head officialy does not fit a nitro. (A few Mods need)

May I apoligize for spelling and grammer not my strong point, and did not take photos of the install but it such a simple design, I think the finished picture are enough for you to understand.

First I had a standard main shaft cut down by 20mm and hole redrilled from top (hub side)
The shaft that came with the kit is for Electric and does not reach far enough down to get the bolt through main gear and will not reach the lower bearing, it has got a built it collor on shaft so non adjustable. 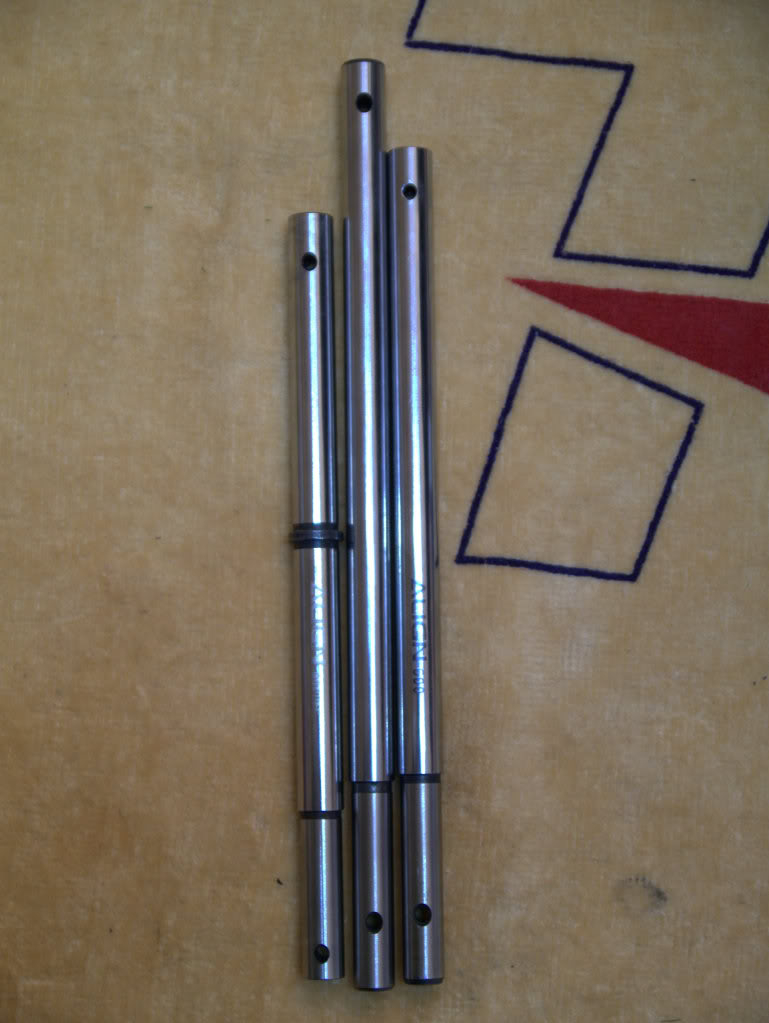 The whole head/swash/shaft etc was removed and new modded shaft put in,I pulled up the main gear tight and collor was locked down, so now only a shaft, Fitted trex Ball (5x8.5mm) on to swash 5mm for new ball links on head. also shorter stand off for blue light (will explain after) 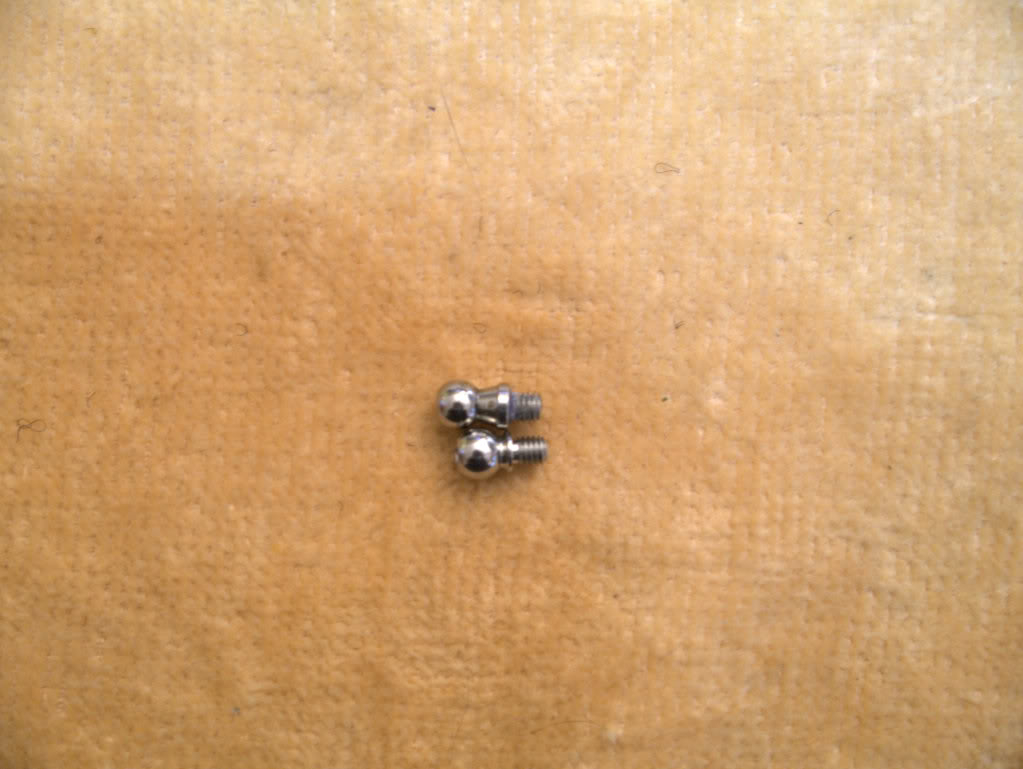 Previously I had built the head, the arms where fitted to grips as a two part blade grip. The control arms had what I thought were a turn buckles(they were not) so locktighted in to arm, and the links twisted on. 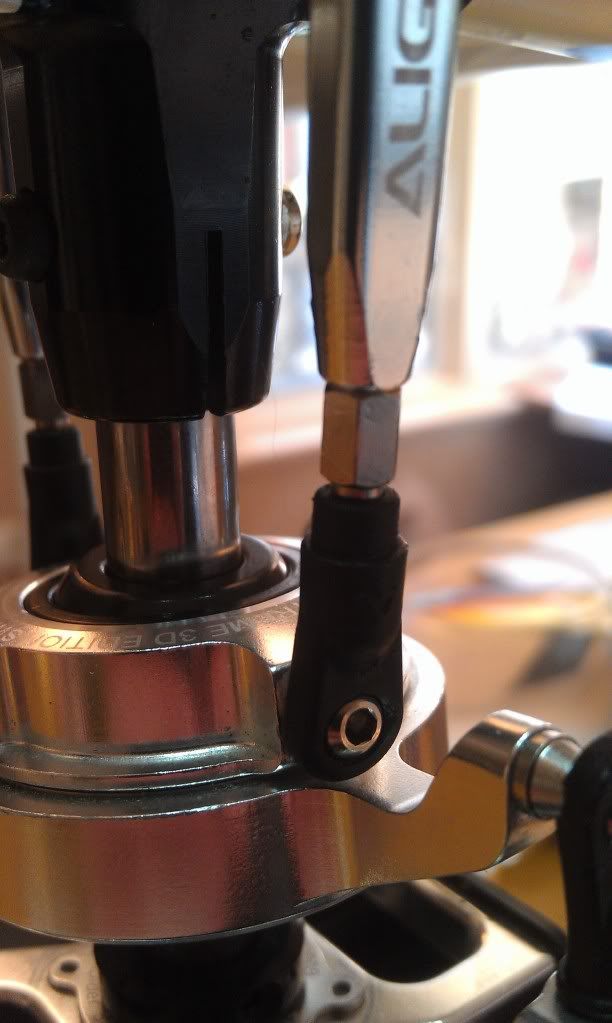 AR7200BX Installed on Gyro tray, took a bit of time to get it mounted perfectly center and square. 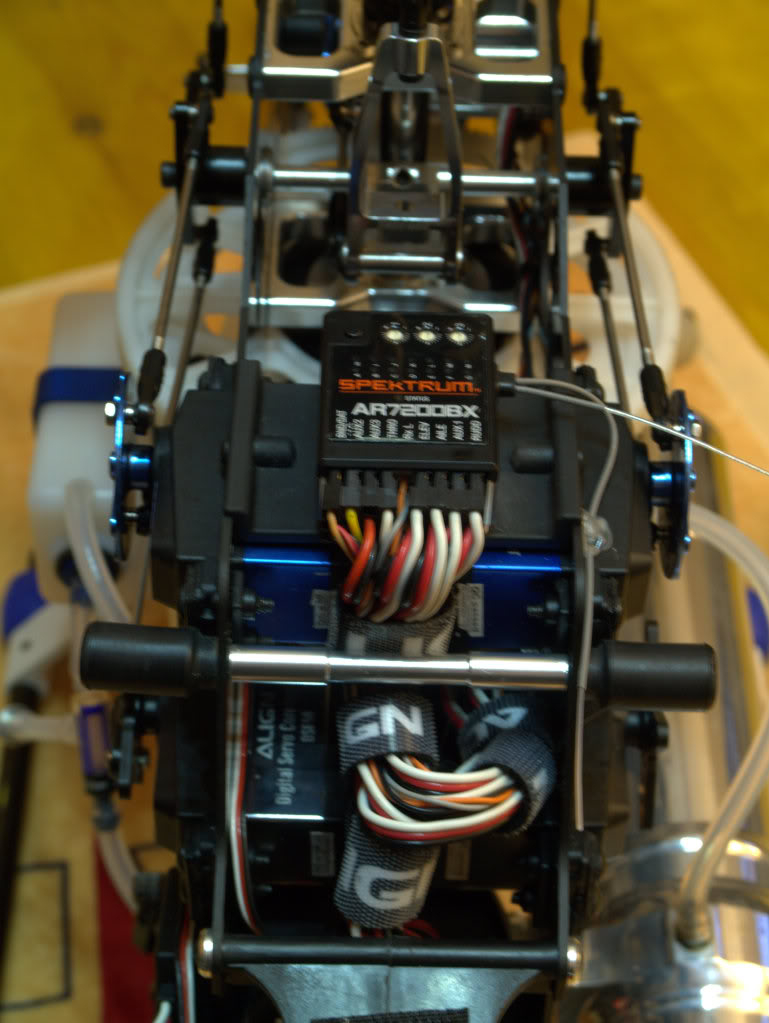 Set New model in DX8 (1servo 90degree) all mixing done with the BeastX...Turned It on and Bind, I ran through setting it up..ie tail, servo direction etc, mostly what you would do on your TX. I Just followed manual it was dead simple.


The only part I struggled with, you have to teach the BeastX the geometry of you heli, you move cylcic stick untill you reach 6degrees pitch and the unit should have a blue light. I could not get a blue light just the red light before the blue appears. I Spent alot of time trying to get this right, by trying different ball lengths, balls moved to inner hole on servo arms, But in the end thought close enough the importand bit was not the light but the BeastX knows where 6degrees is. 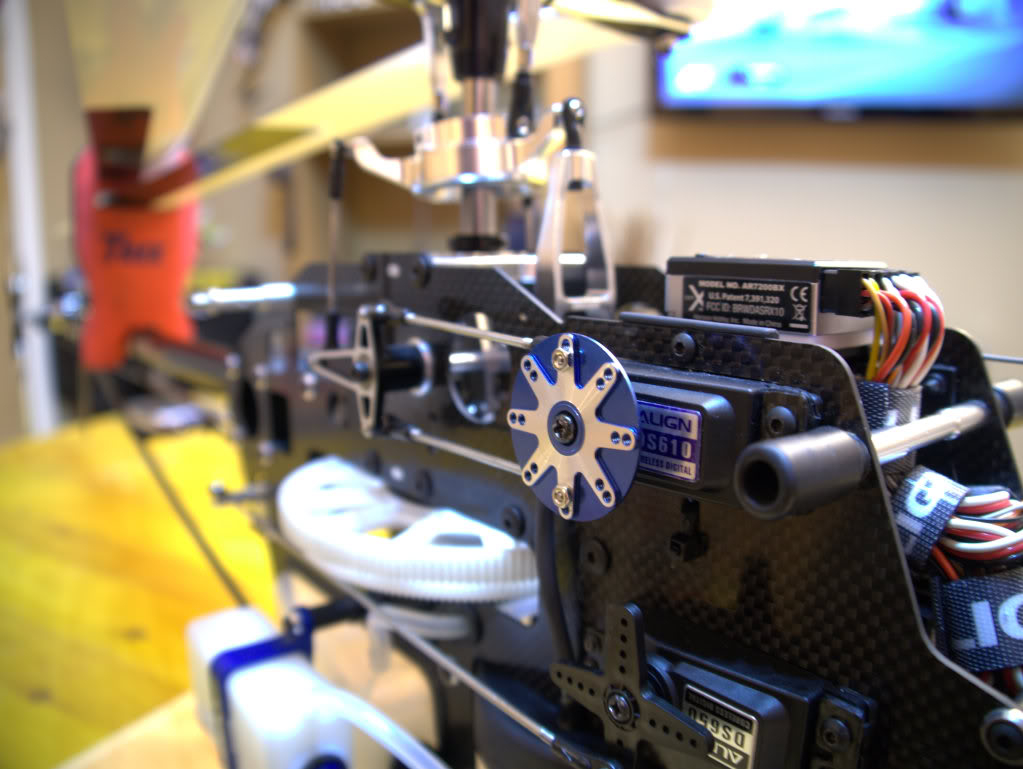 You dont have to use expo,dual rate etc, the beastx was set to sports mode which does this for you (you can turn it off and use you own setting in you TX) Will turn up to next setting when more confident with it.

C of G is lower.. Yellow Heli on right is standard flybar (not that I would notice LOL) 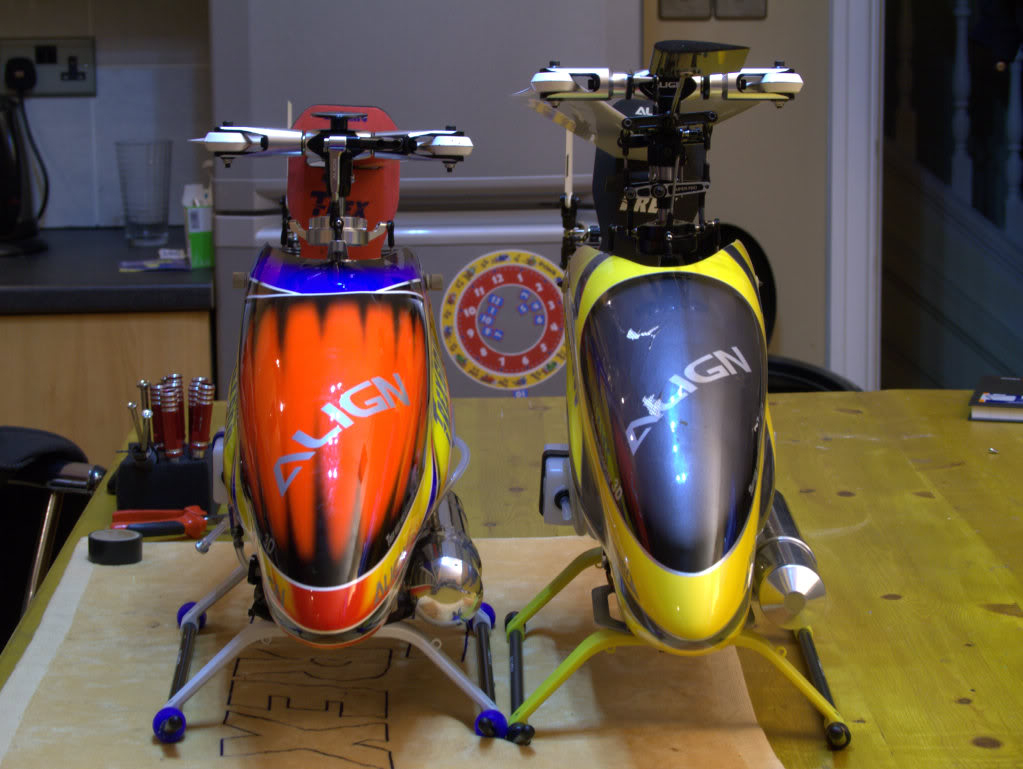 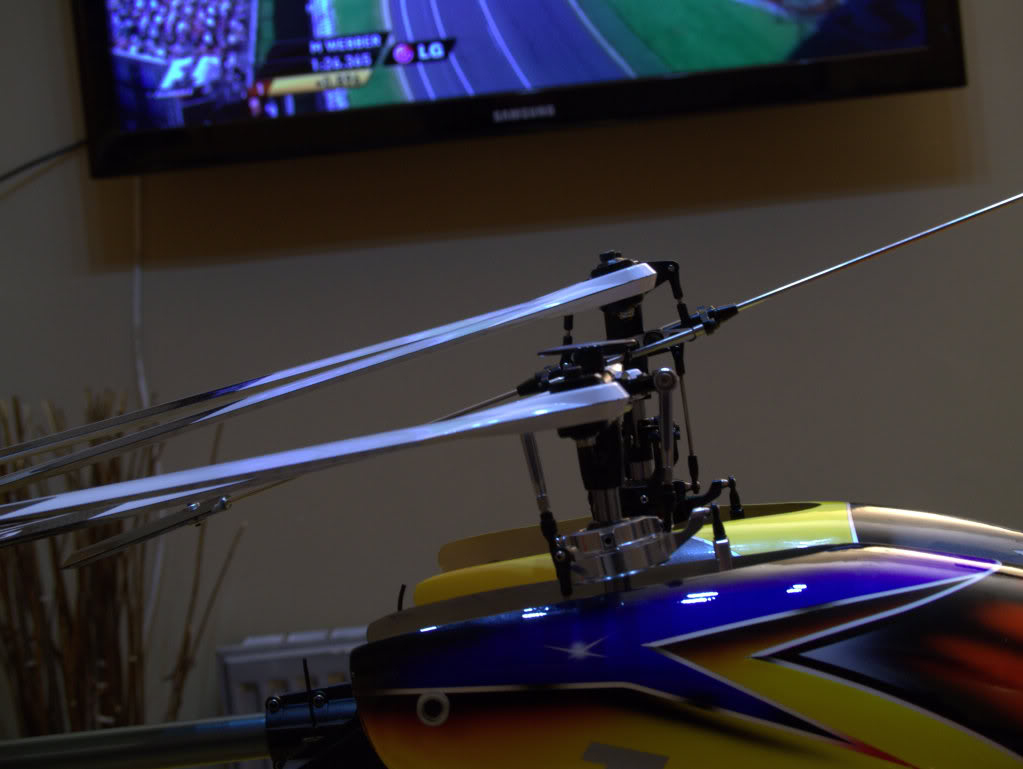 When I poped it off, it just sat there very little drift, tracking perfect, wind didn't seem to bother it, there seemed more power...just felt better in every way. All but tail settings were left default Tail gyro was set HH at 50%... I just felt more confident with it, Also Jay said my flying was smoother after a few tanks. Hopefully everything will stay this way and I wont give this heli a dirt nap soon.... 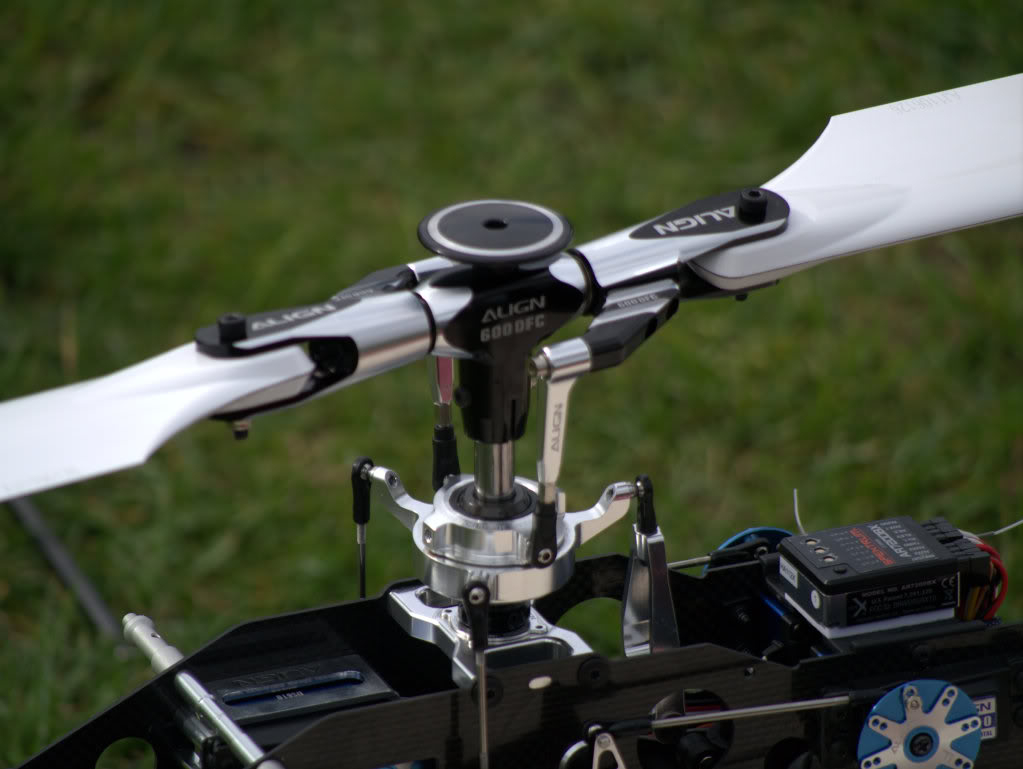 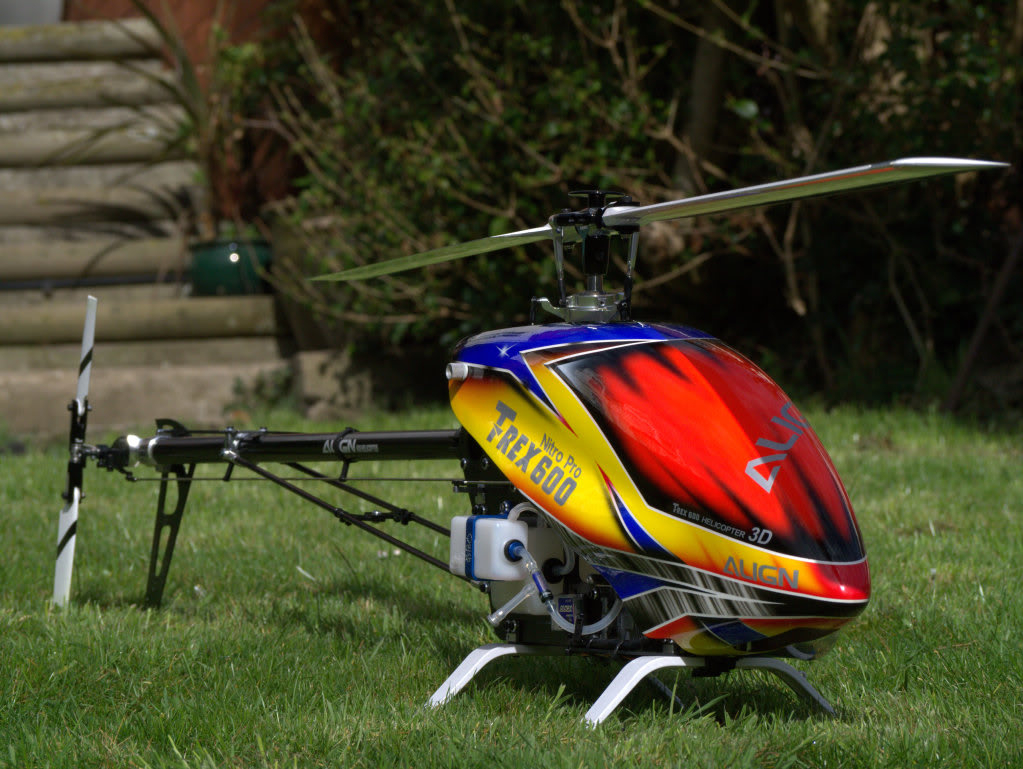 I Think others will be following suit soon...

Nice thread Neil, exactly the kind of thing we like to see on here, except the helis of course.

Nice thread Neil.Ive been hovering (pun intended) over the buy button on one of these 7200's for a while now.I just can't decide which one to convert.
Let us know how you get on over the next few weeks with it.

Mark Barnes wrote:Nice thread Neil, exactly the kind of thing we like to see on here, except the helis of course.

Heli's are going to take over

Mr Moff wrote:Nice thread Neil.Ive been hovering (pun intended) over the buy button on one of these 7200's for a while now.I just can't decide which one to convert.
Let us know how you get on over the next few weeks with it.
Danny.

Will do..... Waiting for TX back from HH so cant fly yet...
It flew great and everything still at default, so can only get better....I hope

How did you find the loops ??

It looped realy well, I got 4 tanks done sat, so was still getting the feel of it. felt like it tracked through air better, when doing some sort of stationary flips I could keep it in one place (kind of) but lots better than I could before.
It felt more like phoenix, if thats a good/bad thing but I liked it.

Just been to the field and had to modify some of the setting on mine.

The tracking was out by a couple of clicks.
Once throughout a loop at 12 O'clock the heli stops ! almost dead which sort of freaked me out ! had to adjust the flight characteristics to make it move through the air !

Had a good session this morning with it and now I am happier with it now.

Think i've been lucky as poped it off and had not touched any setting at all, Also gutted I would of been down today but no TX

Ps Which one did ya get from revolution????..You never said or i missed it.