Friday night it rained most of the night so got lots of drinking in.

Saturday I awoke with a huge hang over then had a fire in my Funfighter. 2 short heavy rain showers during the day but mostly fine, if abit windy.
Some good flying in the evening followed by a badly run but non the less spectacular night time heli demo with firworks at around 1am.

Sunday was a great day lots of good weather and some cracking flying with some wicked models, I had 3 flights and didnt break anything.

Trade was down abit on last year but most of the regulars were there. SNot alot of bargins to be had but some good deals were there to be found as Jem found out. But to be honest other than a couple of new models 20-100cc there wasnt anything new and exiting. 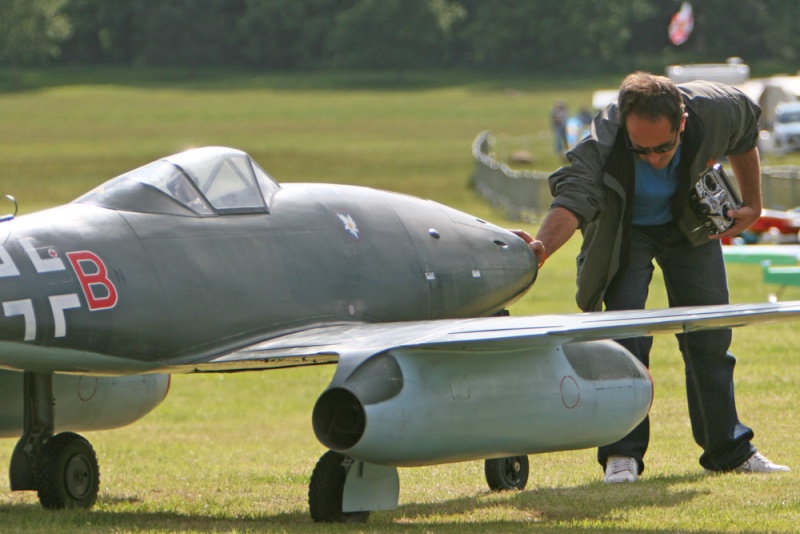 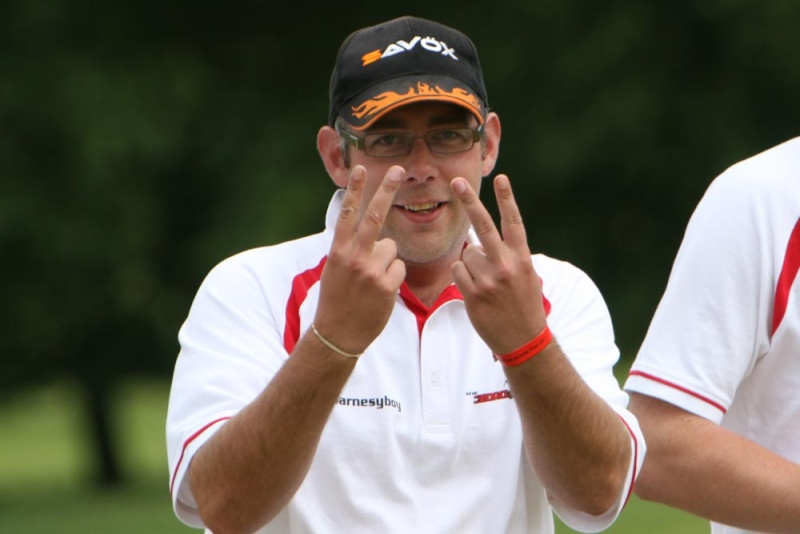 Club member turn out seemed abit low, but bumped into Allan P, Jem, Andy S, Brent, Mike F (sorry if I forgot anyone). Also had my first go at flying in the pyro's slot today loads of fun that its a strange feeling trying to get your plane blown up

I was there on the Saturday, and I did wonder whether the entry fee would be worth it when I arrived (I got out of the van to be met with a massive grey cloud and a torrential downpour). It turned out to be a cracking day though, spent a couple of hours watching the 3D heli folks throwing their choppers around andinto the ground.

Ali's ME262 was blooming marvellous too, as was the full size aerotow/glider combo.

Bet you cant spot mine

Batter vid of the night heli's for you