5.45pm Richys car was full of gliders and people (Rich,Me,Roy and Bri) and heading to the Orme, a fantastic evenings gliding was had by all.

, right up untill the landing when i managed to strip a servos on a not that bad a landing

, Roys Floh however excaped the curse, Also saw Bri`s Vector III go for the first time, Awsome, just Awsome! and Rich's Samba was also in great form (I really like that glider)

Thanks for the lift Rich, had a great night. Im now off to look at buying a bigger moldie and some gear trains

Tim you missed a cracker of a night, shame you wernt alowed out 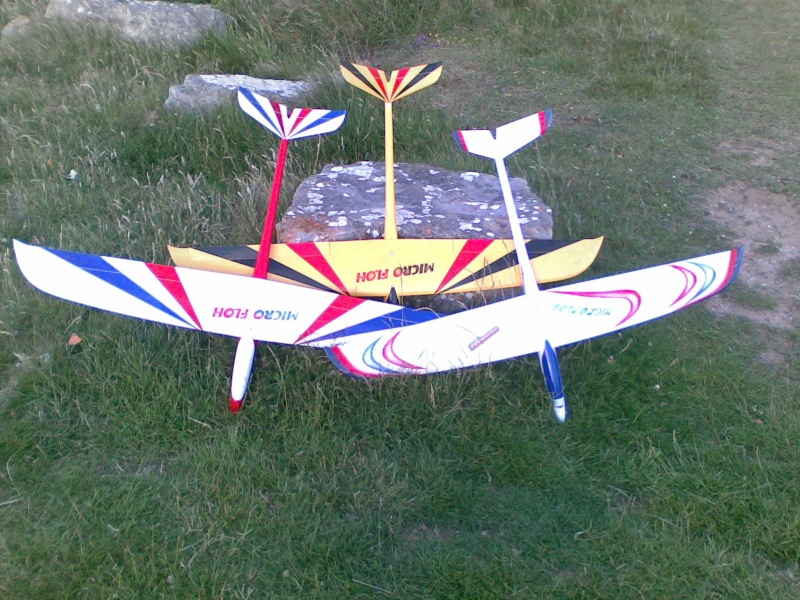 LOL, I nearly went, but just couldnt get the handcuffs off.
I am planning a day up there tomorrow or Wednesday, as some of us retired folk can go any day of the week ya know

Ive seen a few of those micro flohs now, and they look pretty darn fast - might have to see if I can get me one

We had a good fly and left around 9.30. The gear stripping incidents with Rich and Marks models were amazing really as their two landings were quite benign and it was quite a surprise to find they'd both stripped gears

Thanks Rich - I will do that mate.

4 servos Tim if you use the rudder on the V like we all do (although the rudder is hardley used to be honest but you would just end up with more lead in the nose)! So 2 in the fuse and 2 in the wing

I lost a left ALI Rich lost a right ALI, we were contemplating hackswing the wings in half and gaffer taping one good one

Good stuff! I was up there about 1.30 ish, nott too long after the rain stopped. Stopped in on the way back from drinking far too much scrumpy at a party on Anglesey on Saturday night. Whipped the prop off my jibe, and chucked it off into a galeforce wind. Far to light,so I added abou half a pound of lead, and tried again.

It made the powered flights look positively pedestrian! landing was fun too, the thing just glides on and on, even with a large helping of spoilerons!

Andy, I have sent you a PM re yesterday - and also a message was left on your phone yesterday morning.
Soz....off topic.

Hi Mark,
For about ten years you have been promicing to phone me when you are heading for the Orme!!
Glad you had a good evening.
I am begining to feel unloved!!!!!!!!!!!