Arrived to sunshine and light breeze around 2.30PM and no-one there!
Jem arrived shortly afterwards, and then Mel and Steve Price.
First off I flew my Radjet 800 ( now fitted with a new receiver which seems to have fixed the erratic flight behaviour of last seasons later flights )
Next up was the refurbished Electraglide which is now back to its normal well behaved self, and then we did some fun aerotowing with Steves Cub Tug, and my trusty 12oz Weasel. Then I had a couple of flights with the Bede.
I tried a new phone app out "Hobby King Doppler" for speed measurement of the models, and although it seemed a bit fussy about flight direction, when it did record properly they were mostly quite consistent, and I got the following avg readings
Radjet 108 MPH
Bede 75-80 MPH
Jems 450 Heli, a surprisingly fast 55MPH

Its got a few issues that I will research, but all in all, pretty good fun for a couple of dollars

maybe a post before you went to the field would have brough more members out.

I had a good day to 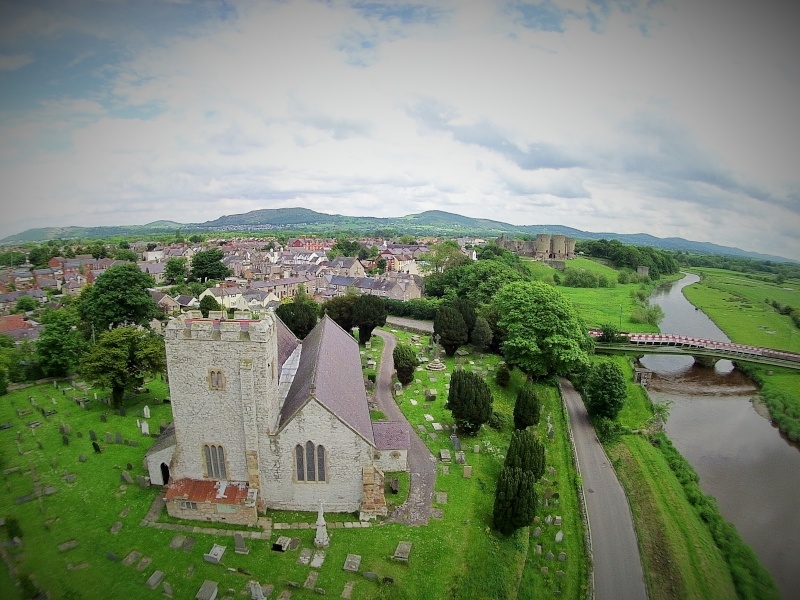 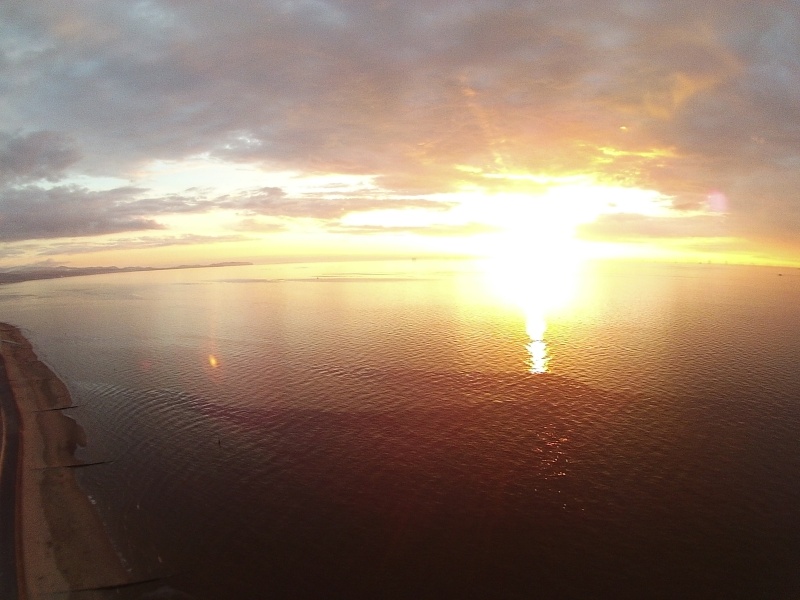 St Mary's church in the foreground

Rich wrote:Nice Sun on the way to set must have been late

about 21.30 Rich from East end of the prom infront of The Marina Apartments, sat on the bench flying out over the sea wall. Mel on people watch, while eating a chippy tea.

Them carbon props are smooth as silk BTW, not tried the other special yet but have it all mounted on the FPV quad, fits well to be fair will give it a wrirl tonight.
_________________
2 Time Electric Indoor Masters Freestyle Champion, Seems an awful long time ago now.

has your gaypro arrived then has it lol
_________________
2 Time Electric Indoor Masters Freestyle Champion, Seems an awful long time ago now.

Played about with speed measurement a few years ago using, I think, a German software product. It was not very easy to use but gave good results when you got it right. One had to record the sound with something - we found a pocket dictaphone worked quite well, then play the recording into a PC to digitise it and open it in Audacity using the FFT display (Fast Fourier Transform). Then using the cursor measure the approach and depart frequencies, input this manually into the prog and out would pop the answer. I'll look up the product when I get home

To get good results you had to fly directly at the microphone, and past. This is because the doppler shift is for the sound coming from a source moving directly towards or away from you. Think of the doppler you hear from a vehicle if you are stood in a layby on a busy road - a large doppler - compared with the small doppler you get at the field pits from the cars on the road. Similar speeds but not directly towards/away to you. We found this decidedly hairy so put the dictaphone on a pole a safe distance away!

There were two other major sources of error. The first was that the prop was not a reliable sound source as the revs change - hence audio frequency - as the speed changes. A slight dive into the approach or straightening out after turning in caused significant errors.
To reduce errors due to revs changing I made a simple electronic circuit to drive an ordinary piezo sounder with 100Vac at 4 kHz to make it nice and loud. This sound was easily seen on the PC FFT display

The second error was not flying in a straight line... One would easily, in reality, fly a big curve. The best solution we found was to set up the approach then to release the sticks and let the plane fly itself - fast and low - all good fun. If you touch the sticks the plane turns, drag changes , the speed changes and the errors appear. Especially if you are using the sound from the prop. The FFT display showed up these errors very clearly!

It definitely all works but the physics means a lot of attention to detail. Perhaps a radar gun? Nevertheless all good fun for a couple of quid!

Mark Barnes wrote:has your gaypro arrived then has it lol

Not fussed about the trick piece of kit you have but I want my micro SD card back tomorrow.
_________________
The best pilots are the ones that practice most!

no probs,drop it off in the morning on the way through if your up, im rugby tomorrow night then london rest of the week
_________________
2 Time Electric Indoor Masters Freestyle Champion, Seems an awful long time ago now.