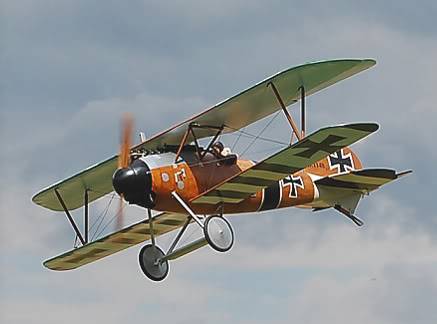 For some time I have been contemplating building a biplane for competition use to comply with the recent changes in the F4C maximum weight limit of 12kg. I’ve been fond of the German WW1 Albatross, the prototype was designed at a time when “style was in” and was adorned with a large variety of “personal” colour schemes and probably the first to use Lozenge fabric camouflage covering. This allows any modeller an unsurpassable choice of “skin” for one particular aircraft and will make a change from seeing so many Sopwith Camels, DH4 etc on the competition circuit.

The Albatross was the only fighter to be manufactured throughout the entire war, the first arriving at the front in August 1916 as the DI. The DI and subsequent models helped regain air superiority for the Germans in 1917. The DV and DVa series were to see the Armistice in 1918 with more than 2,500 ordered. Every German ace scored some or all of his victories in an Albatross. Baron Manfred von Richthofen scored 60 of his 80 victories, not in a red Fokker triplane, but in an Albatross.

I will be building an Albatross Dva and the plans show a scale construction of a semi-monocoque fuselage with 3-ply 1/64" Birch plywood skin and hundreds of brass and aluminium machined parts are required. The wing span is 90” and wing area 1950 sq inches, model length 73”, weight 20Lbs (under the new F4C weight limit) and will be powered by a Laser 300 V-twin. 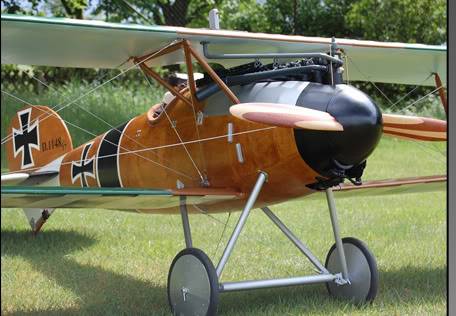 I’ve already amassed a considerable amount of scale documentation and my preference (but not final) is this DVa which allows the natural wood to be shown. It will probably take me over a year to construct to the required standard, so the final skin may be something different like the Ace of Diamonds below or ……..? I will make posts as the construction goes along with the Fw190 still continuing.

This is a photo of the framed model by a modeller in Germany. 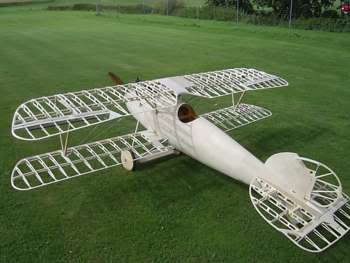 looks very good,should be stunning in the air/ground....camera will be ready September 2010.Best of luck with the build.

Thanks John. This is a builders model, which I enjoy doing.

I've only just noticed page 24 of the lastest BMFA News

I won best model at a scale event in Yorkshire a couple of weeks ago with the Stuka, everywhere she goes the camera's appear. The last event of the season is the Traplet Scale competition to be held at Deeside on 11th October, I will then have more time to get on with finishing the FW190 and starting the Albatross. I noted above that I said "Ace of Diamonds", it should have read "Ace of Spades"

Well the plans have finally arrived and I need a bigger table. 4 sheets measuring 8' x 3'

(and thats a one meter rule on the table, first photo) Heres a sample... 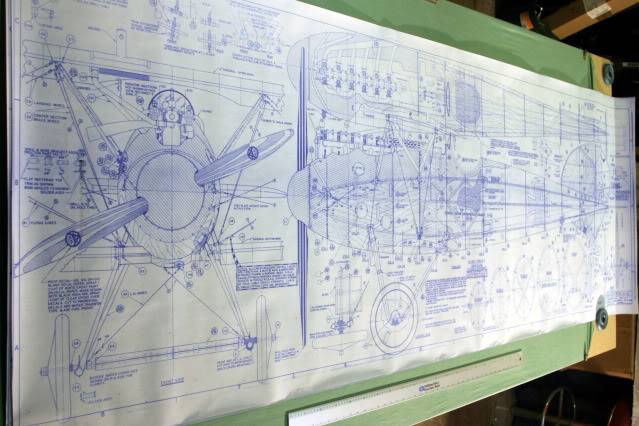 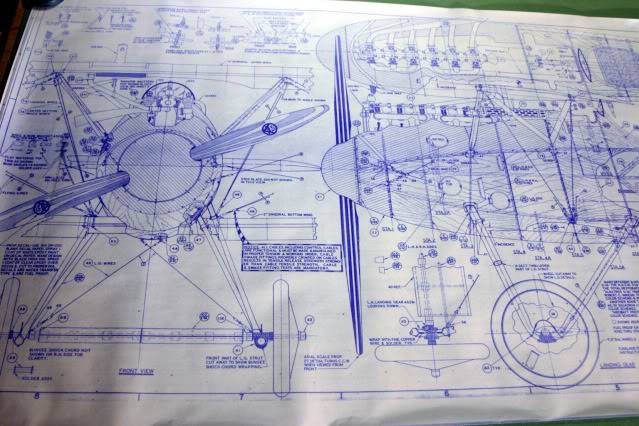 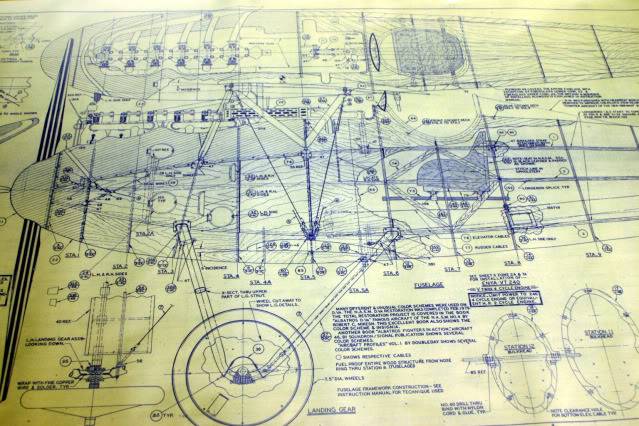 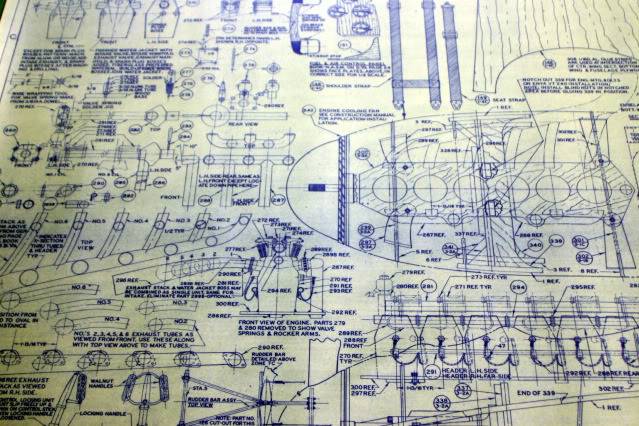 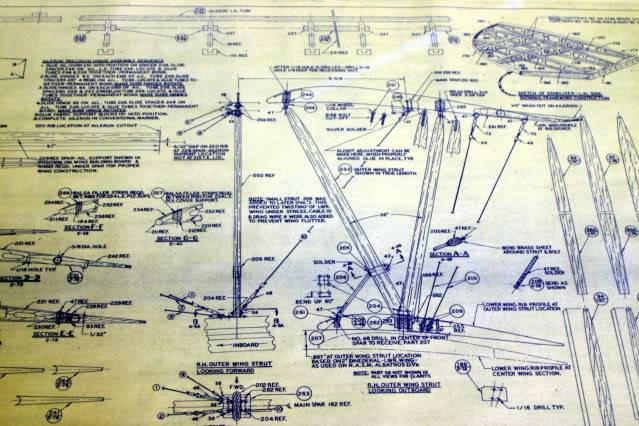 This will certainly keep me busey for some time. Not planning on starting until I'm ready to paint the FW190 which will be late this spring 'ish

Sam, it may take 2 years to complete

Well it will cirtanly keep you occupied!!!!