I've just realised that this weekend is Welshpool model airshow. Anyone going?

Im going on the sunday 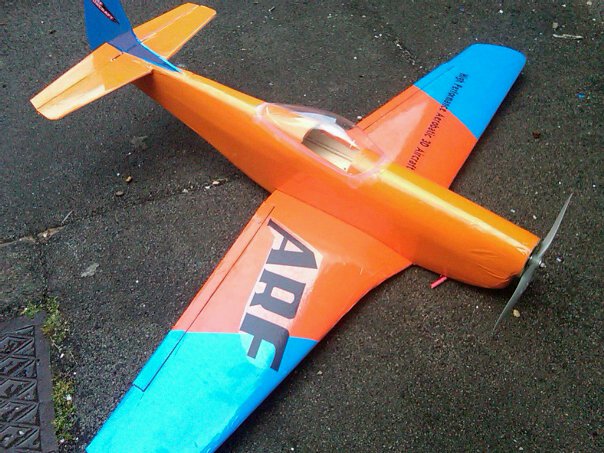 Is there funfighter slots on sunday mark?

Should be 2 a day, one normal formation flying then the madness of the pyro slot

Hmmmm me too - which is usually the better day?

Infact - any big scale models on display? what day?

Full size aparently both day's but I dont know what it is.

Big stuff will be both days as most are there for the weekend. Ali is down to fly but I know he is in the US this week so unlikley he will be there.

I'm thinking Saturday. The weather looks slightly better according to xcweather, although there is a chance of showers on both days.

Just got a text from SWMBO. apparently she "may have got a bit carried away with buying stuff for a picnic tomorrow". Who knows what delights she has bought, so if anyone sees me at Welshpool tomorrow, and fancies some of our picnic, I'm pretty sure we are going to have enough to go around!

You'll save me some caviar wont you Andy?

Arrived Friday night to really heavy rain, managed to get the tent up without to much water in it. Weather cleared about 8pm so I grabed to flightes in with the extra. Rain came in again (and settled in for the night)so we hit the beer tent.

Saturday we awoke to blasing sunsine (which lasted pretty much all day) and we got to enjoy what is a supurb site for flying. Huge tarmac runway no real obsticals to deal with and picture perfect welsh hills in the distance.

The full size guys were being abit arsey and delayed the start for an our or so but we did enjoy lots of touch and go curcits from some real nice light aircraft and a super Turbo prop Islander.

Once underway it became aparent that the pilot turn out wasnt Weston Park in numbers and more like a big flyin so out the window went the slots and a white bored was put up, Simply slap your name down in the next availible and go fly (this worked really well and flying was non stop)

So to my flying, I got myself in slot 3 with the extra 2 mins in the bloody canopy blew off (first time thats happened) and wiped out the rudder, got it down nice and steady right in the middle of the runway.

My next flight was with Paul Bardoe`s Cresent Bullet (you may remember me flying this at our field last year for a few months) flight was going really well untill my low inverted pass was a tad to low!, surfice to sat the rudder and fin post are now abit shorter, other than that just a broken canpoy and lots of ammo for P`taking for the rest of the weekend.

Sunday was much the same had one down pour during a pretty good days weather.

Model of the show for me was Graham "rolling" Roscoes World Models 50cc Cesna with electric power and Braincube lights. His evening display (about 9.30 and getting pretty dark) was awsome. Other star's of course the Bishops with there Hawk Duo and being abit biast the Funfighters, never fail to amuse me.

Im knackered and sunburnt again, but small as it may have been I will be back.

Saturday was a nice day out Ithought. We got there at about half eleven, and had a bit of a picnic with the little 'un beforoe wandering over to the flightline. Luckily we got there just in the nick of time to see a nice shiny blue crecent bullet doing a really low inverted pass. So low, even the runway tried to duck (and failed). Jackie asked me "if it was all part of the show?" I said "nope, and you'll never guess who was flying that model?". Well, blow me down, if she didn't say "Mark"?

She then went on to enquire as to whether he got paid to crash models because "he does it rather a lot doesn't he?".

Seriously though, for a first ever show, I was impressed. Loads of informal flying going on, the Bishops two hawks display was probably my highlight (after the Barnes inverted low pass of course), as well as the twin Twister (full size) display too.

What also surprised me, was the amount of trade stalls there, considering it was a first ever show. There was even a rather random fireplace stand there....

I'll definitely be going next year

lol Its all part of the show,

had abit of a night mare latley havent I Raven, Funfighter, Extra and Bullet all broken in some form or another in a week.

Maybe its time for a train set

Ah, but to put a more serious note on it - if you fly as much, and as "adventurously" as Mark, then you are going to crash more.
I remember my dear old Dad rebuking my Mums comments many years back, ( when my job involved driving pretty much all over the UK ) when she was "scolding" me for having "another" speeding ticket.
"He drives approx 45000 miles a year, compared to the average of 10000, do the maths woman! "
She couldn't of course - played truant too much I believe

It was flying well 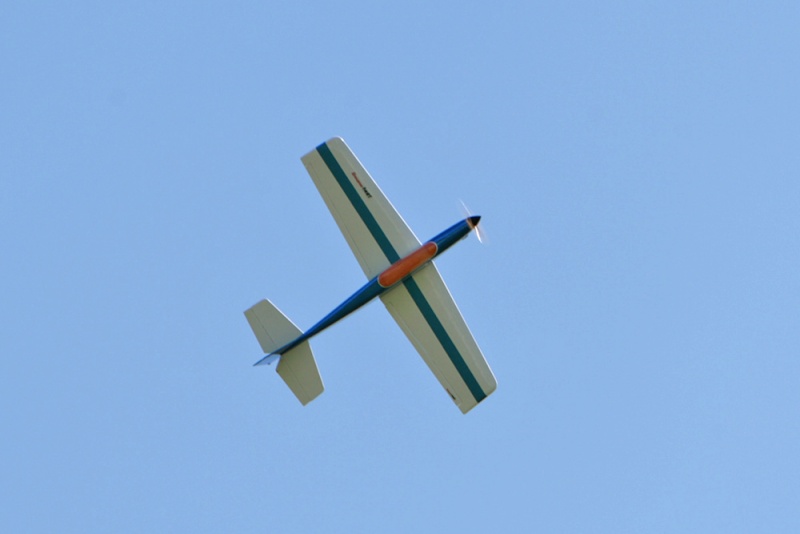 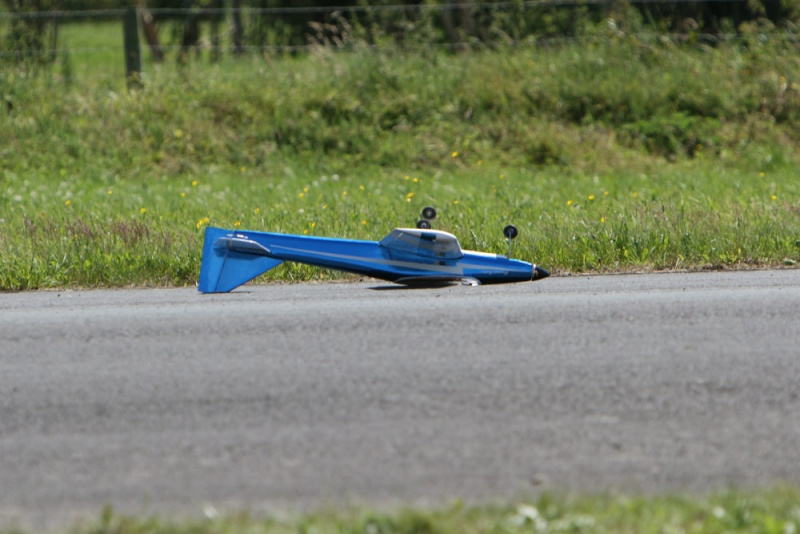 Dont think Paul was amused at me laffing out loud lol 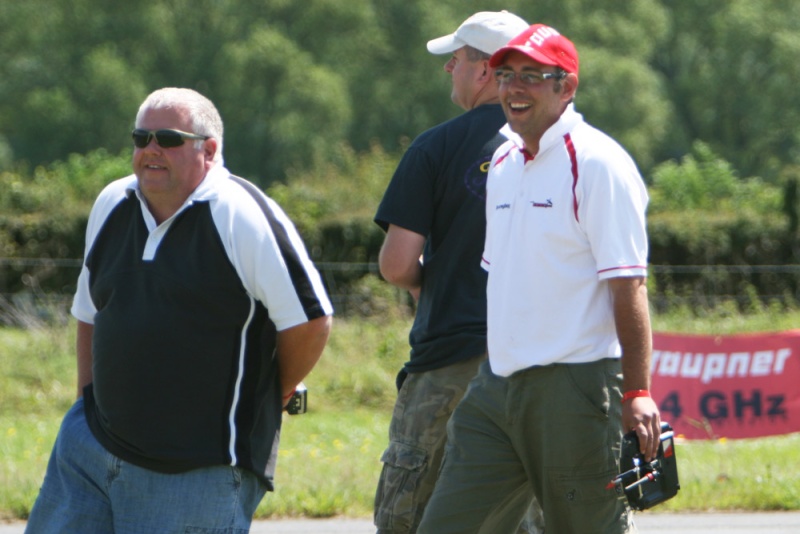 The walk of shame 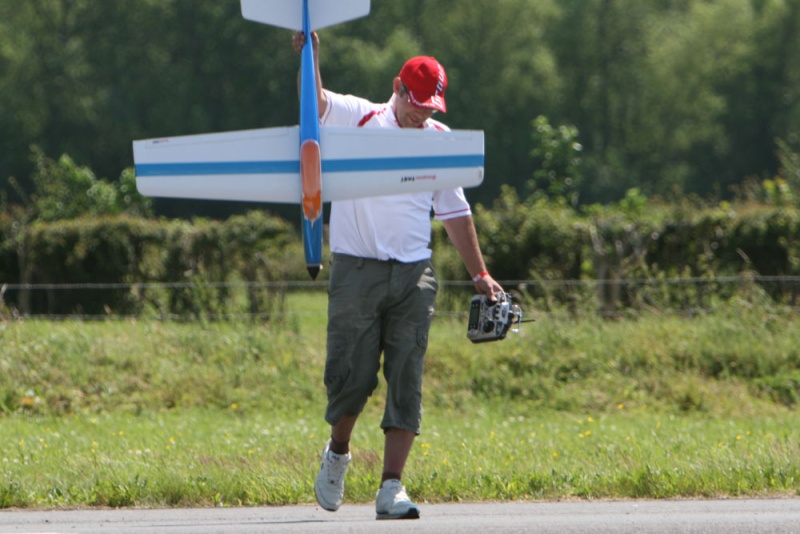